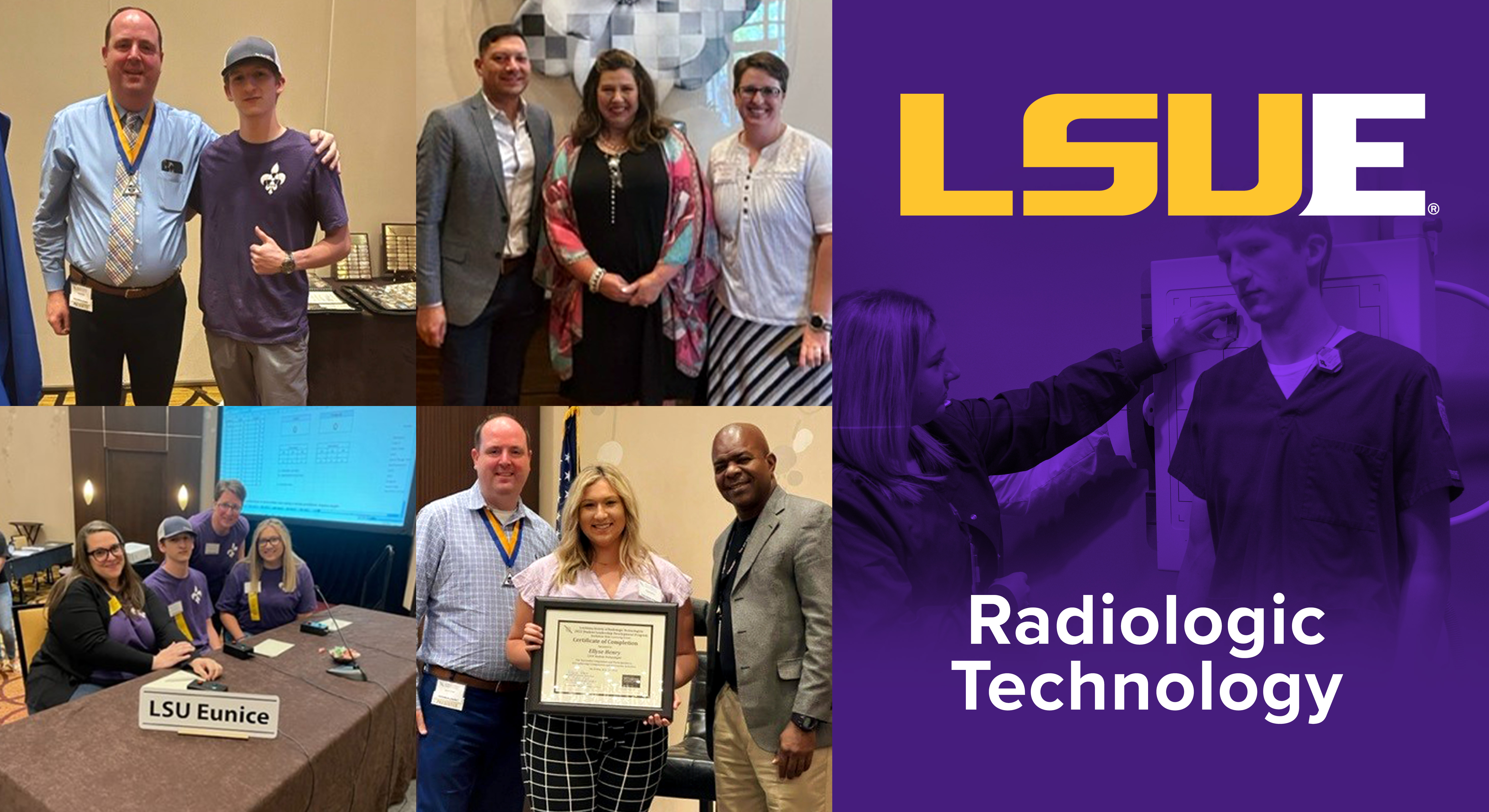 BATON ROUGE, La. – LSU Eunice Radiologic Technology students and faculty had a number of recognitions among peers at the 64th annual Louisiana Society of Radiologic Technologists (LSRT) meeting that was held July 14-16 in Baton Rouge.  The theme of the weekend event was “Back To Basics, Foundations For The Future.”

LSUE will be represented on the LSRT Student Advisory Committee as senior student Treyton O’Connor was elected as Vice Chair among peers.  O’Connor is the first LSUE student to be elected to the advisory committee.

Another first for the LSUE Radiologic Technology students came from Ellyse Henry as she was selected to the Student Leadership Development Program.  The student-based Quiz Bowl team also faired well in competition, falling to the eventual champion.

The LSUE faculty were also selected for statewide office as Manny Rodriguez was elected to serve as Secretary of the Louisiana Educators in Radiologic Sciences.

Radiologic Technology is one of seven Allied Health programs at LSU Eunice.  The program is a leader both locally and statewide of producing some of the top radiologic technologists for health care providers.