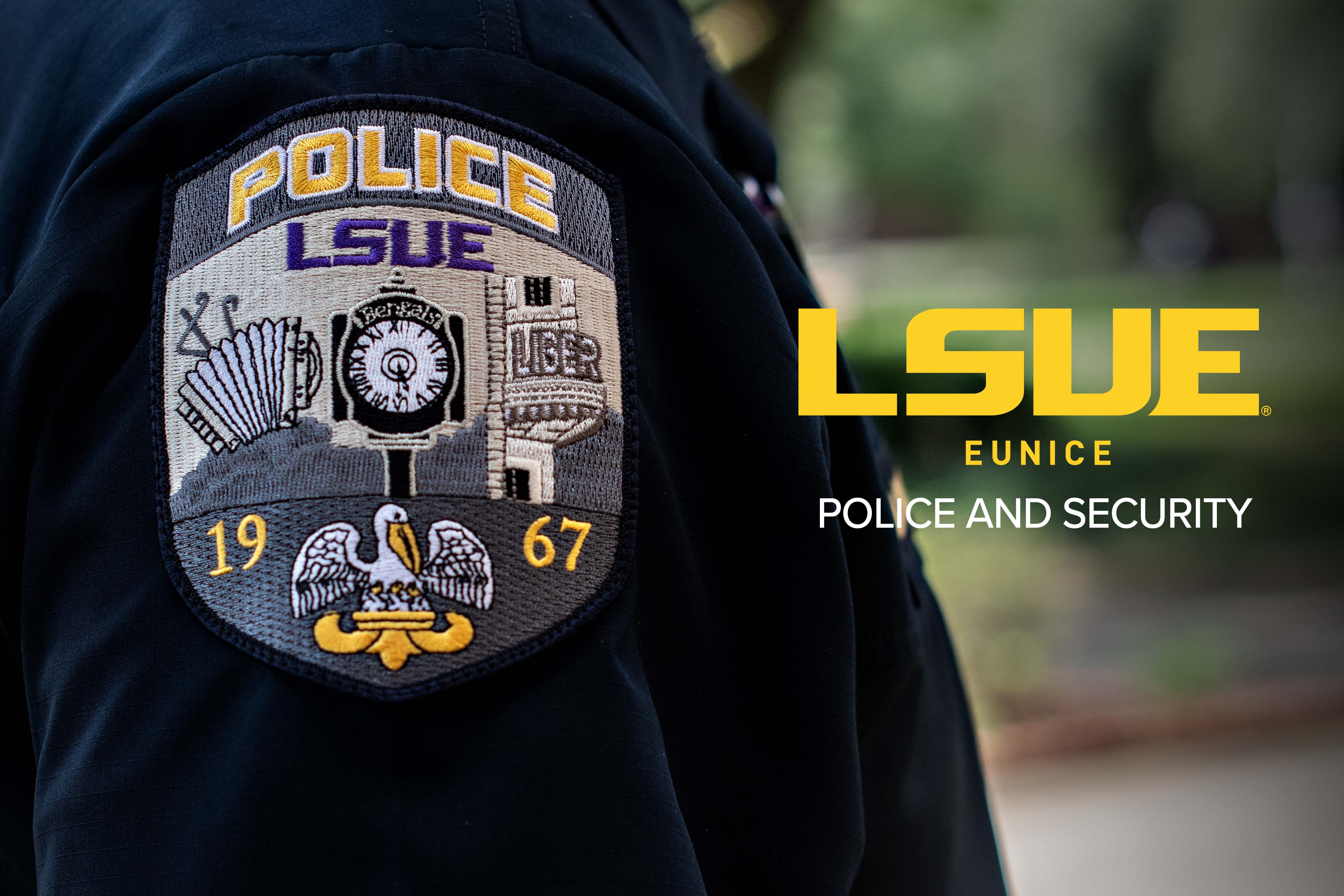 EUNICE, La. – The LSU Eunice Department of Police and Security unveiled a new departmental patch this week for new uniforms issued to its personnel.  The patch is the first with an LSU Eunice specific design for the department.

“A departmental patch is one of the single most important identifiers of a police department,” LSU Eunice Director of Police Captain Cory Lalonde said.  “We wanted to create a strong connection to the communities we serve while also establishing our own identity with the patch.”

LSU Eunice employee and local artist Zac Soileau conceptualized and designed the new patch.  The three main images inside the center portion of the patch represent cultural and geographic landmarks within the Eunice community: The Cajun Music Hall of Fame and Museum, The LSU Eunice clock and the Liberty Theatre.

“As a lifelong Eunice resident and a former LSU Eunice student, it is an honor to be able to contribute something to both my workplace and hometown,” Zac Soileau said.  “I not only get to provide something to a place that has given me so much but am also privileged to be able to one day show my children.” 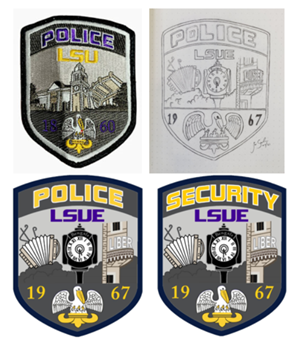 Cajun Music Hall of Fame and Museum was created in 1997 by The Cajun French Music Association (CFMA), the Hall of Fame is right in the heart of downtown Eunice.  The CFMA is a non-profit organization whose purpose it is to promote and preserve, not only Cajun music, but also various aspects of the Acadian Heritage.

Placed in the center of the LSUE Alumni Plaza, the clock tower is one of the main focal points of the picturesque quadrangle on the LSUE campus.  Then Chancellor William Nunez installed the clock in 2007 as part of the 40th anniversary celebration.

The Liberty Theatre, located in downtown Eunice, is a 1924 vaudeville/movie house which was later purchased by the City of Eunice and renovated through a community project.  The theatre is listed on the National Register of Historic Places and has been included in the Great American Movie Theaters Preservation Press Guide published by the Smithsonian.  It has played host to some of the great artist in the 1920s and 1930s including Fattie Arbuckle, Tex Ritter, Jimmy Clanton, the Bowery Boys and Roy Rogers.

The lower portion includes two symbols – a pelican and its three chicks as an homage to the official State Flag and Seal of Louisiana, and “1967”, the inaugural year of the LSU Eunice campus.

The top rocker of the patch identifies both Police and Security personnel of the department.

The design was created with pencil by Soileau before being recreated as a patch.