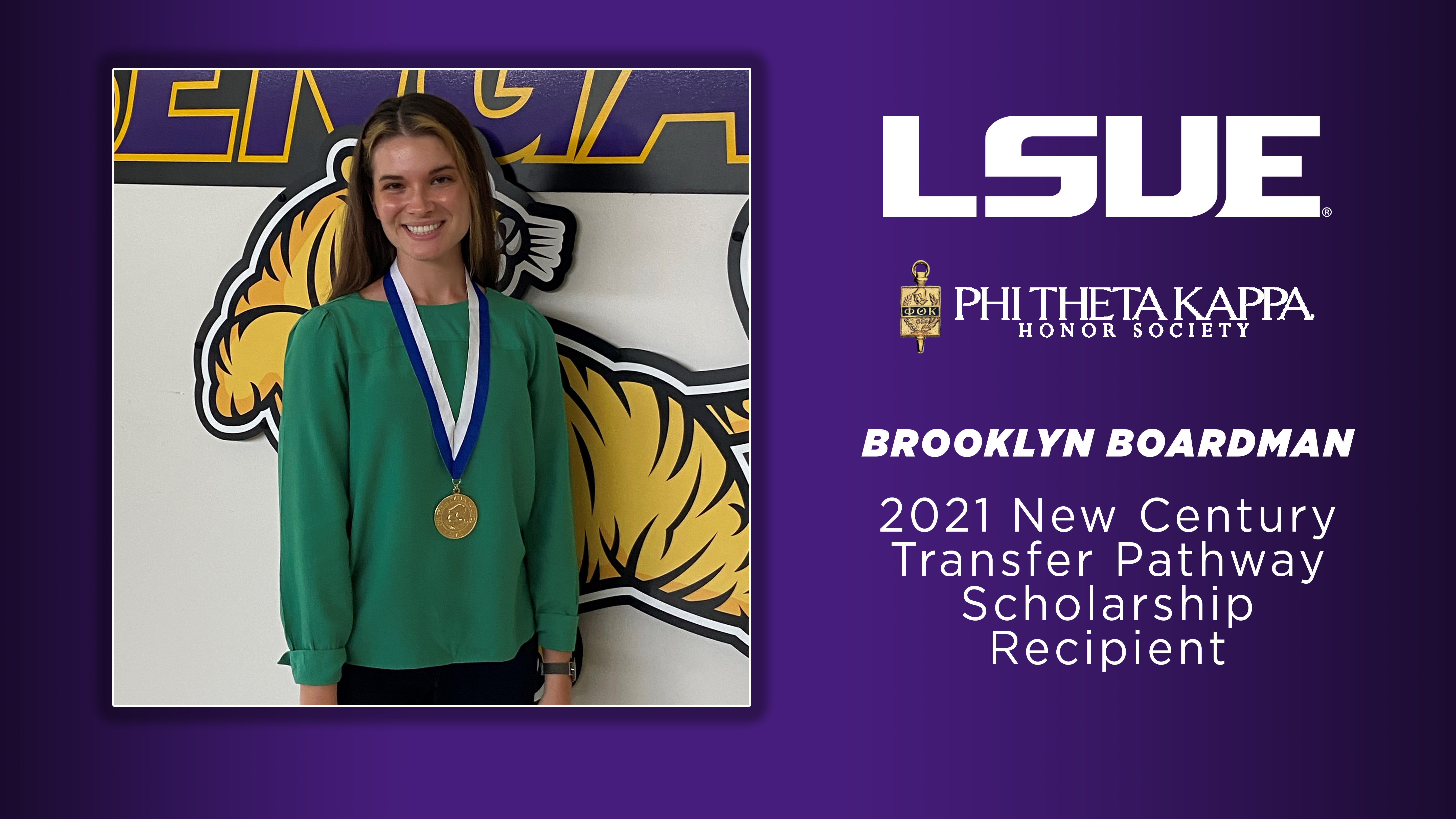 Jackson, Miss. – LSU Eunice’s Brooklyn Boardman has been named a 2021 New Century Transfer Scholar and will receive a $2,250 scholarship.  The prestigious scholarship is awarded by the honor society, Phi Theta Kappa.

“We congratulate Brooklyn for receiving this prestigious scholarship, and we are honored to partner with the Coca-Cola Scholars Foundation, The Coca-Cola Foundation, and the AACC to recognize her outstanding achievements,” said Phi Theta Kappa’s President and CEO Dr. Lynn Tincher-Ladner. “Scholarship programs like this are integral for creating opportunities for two-year college students to succeed and for putting college completion within reach.”

Boardman is the first ever recipient of a Phi Theta Kappa competitive scholarship in the history of the LSU Eunice chapter.  The Crowley native is already putting her scholarship to use, as she is currently enrolled at UL-Lafayette pursuing a psychology degree.  Boardman graduated after the Fall 2020 semester with a 3.7 grade point average.

A Regional Officer in Phi Theta Kappa, Boardman coordinated the planning of a two-day service trip to Lake Charles in the aftermath of Hurricane Laura.  The LSUE Phi Theta Kappa chapter, as well as the LSUE athletic department, helped more than 1,500 families in the greater Lake Charles area through the American Red Cross.

Boardman was also a vital piece to the LSU Eunice Phi Theta Kappa chapter receiving five-star chapter status, recognizing it as one of the premier chapters in the entire world.

Phi Theta Kappa is the premier honor society recognizing the academic achievement of students at associate degree-granting colleges and helping them to grow as scholars and leaders. The Society is made up of more than 3.5 million members and nearly 1,300 chapters in 11 nations, with approximately 240,000 active members in the nation’s colleges. Learn more at ptk.org.