EUNICE, La. – The LSU Eunice chapter of Phi Theta Kappa (PTK) enjoyed a standout weekend at the annual regional conference for the Louisiana/Mississippi region held on the campus of the University of Mississippi on March 5-7.

“This is by far our chapter’s best showing which I think speaks to the hard work our students put in preparation for the conference,” chapter co-advisor Dr. Kyle Smith said.  “We are excited to see how this past weekend’s success can help build our chapter and make an even bigger impact on the Eunice community.”

The regional conference had 450 students and advisors in attendance, representing 40 of the region’s 49 chapters.

The LSU Eunice delegation took home several awards, including a finalist award for Most Distinguished Chapter as well as Most Improved Chapter.  The LSUE chapter received a five-star chapter status, a first for the group since its inception in 1990.  Other awards include a first place in their “Honor In Action” project category and a third place overall award for their “Honors In Action” project.

Brooklyn Boardman campaigned for a Regional Officer position, and was voted and inducted as a Louisiana Member-At-Large to the regional board for the 2020-21 school year.  Kirstyn Jarreau was honored with the Golden Key Award, given to the highest achieving PTK chapter members who have the most positive impact on their respective campuses.

In April, the LSUE chapter of PTK will attend PTK Catalyst in Dallas, Texas.  The international conference will feature globally acclaimed speakers, innovative workshops and leadership lessons with students from

Phi Theta Kappa is an honor society group that recognizes students who earn a 3.5 grade point average or higher with at least 12 semester hours of coursework.  The organization promotes academic excellence and civic engagement.

Current LSUE students that are interested in learning more about the LSUE chapter of PTK can contact Dr. Kyle Smith at kdsmith@lsue.edu. 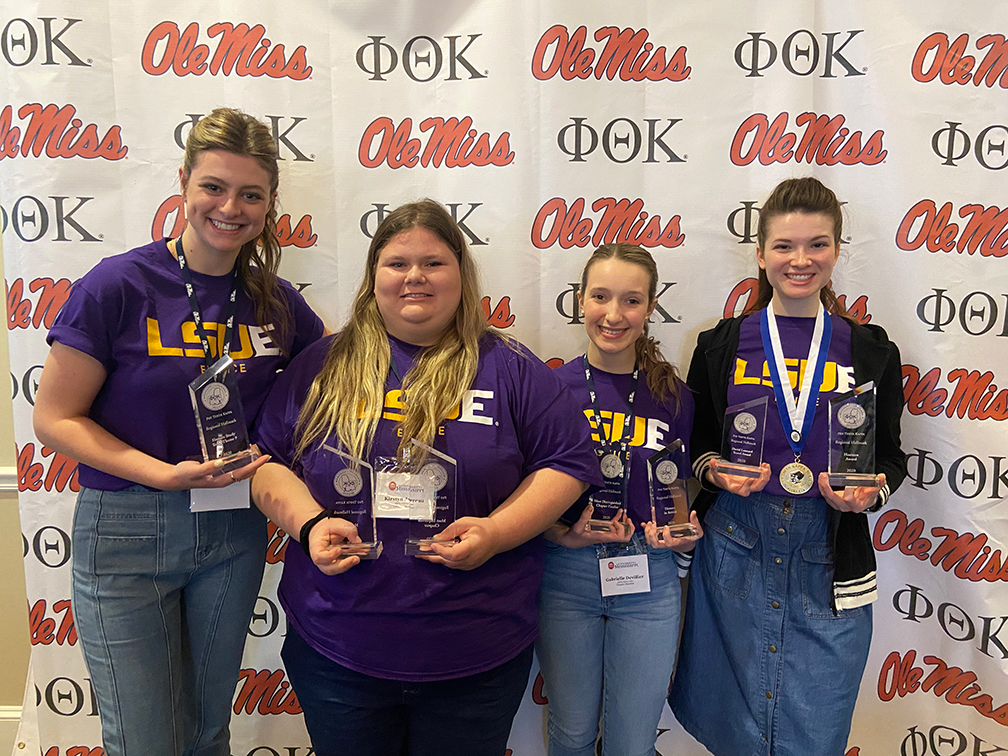 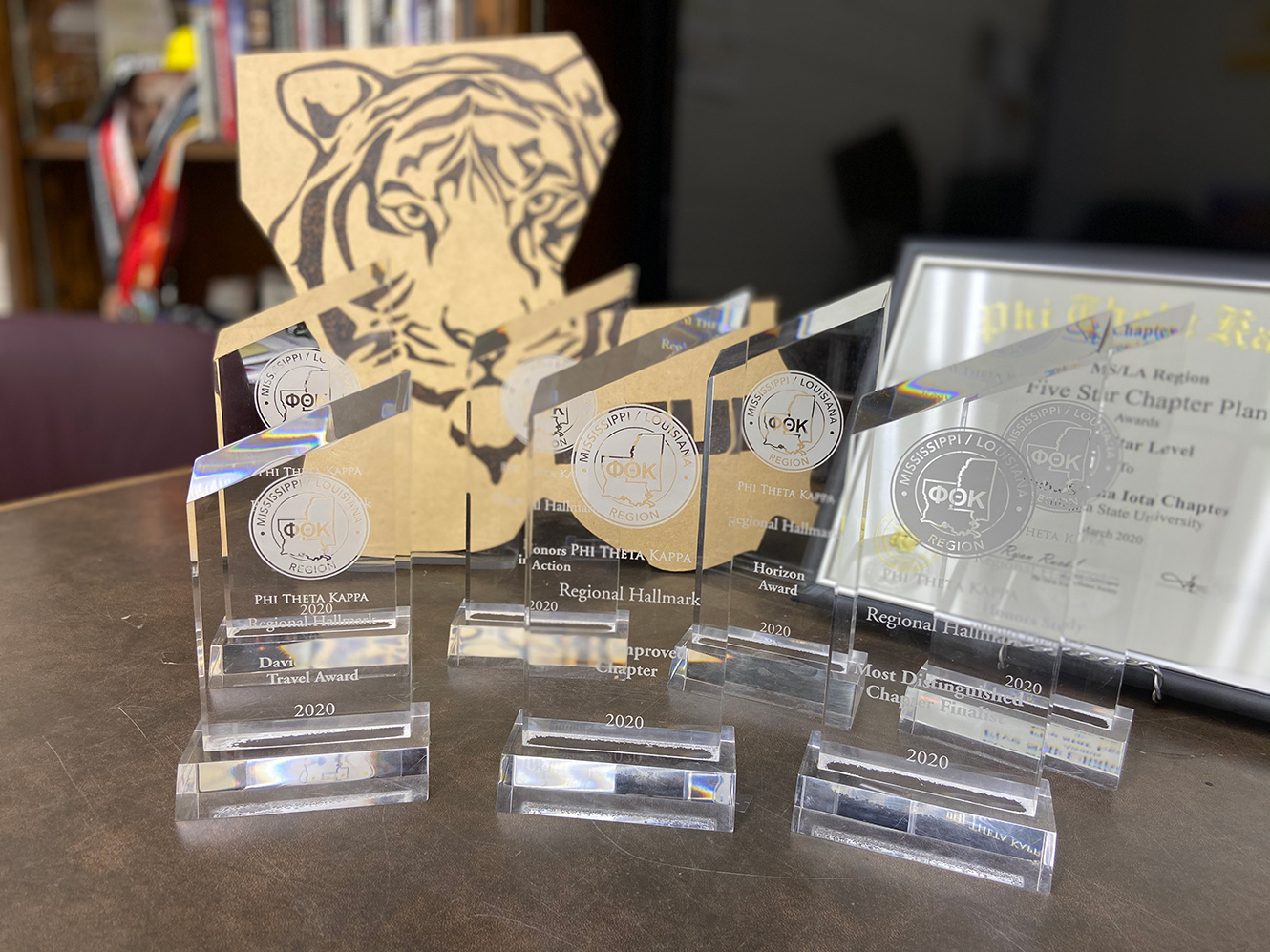