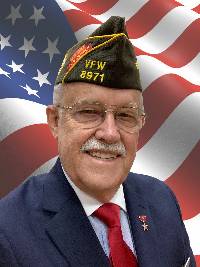 EUNICE - LSU Eunice will hold commencement ceremonies on Saturday, December 21, at 10 a.m. in the HPRE Building on the LSUE campus.

Over 150 graduates from the summer and fall semesters will receive degrees or certificates during the ceremony.  LSU Board of Supervisors Chair Mary Werner will confer the degrees.

Don Reber, the Commander of Veterans of Foreign War Post 8971 and current president of the Board of Advisors for LSUE, will be the commencement speaker.

Reber has served as chairperson of the Eunice Economic Development Committee and a board member of the Eunice Chamber of Commerce.

He was the director of operations for Coastal Culvert and Supply and Coastal Precast.  Before moving to Eunice, Reber was the Director of Installed Home Improvement for the southwestern United States Home Depots.  He was part owner of the Old Quarter Art Gallery in the French Quarter.

Reber served with the U.S. Army Security Agency and was in Viet Nam between 1965 and 1968, where he earned a Bronze Star and 33 Air Medals.

He has been married to his wife, Thuy, for over 50 years and has two sons, a daughter, seven grandchildren, and three great-grandchildren.  He enjoys woodworking, oil painting, golf, fishing, and has his private pilots license.