LSU Eunice Performing Arts Series will host William Florian's The John Denver Story in the Health Technology Building Auditorium on the campus of LSUE October 25 at 6 p.m. The concert is free to the public.

Florian, a former member of the famous 60s band The New Christy Minstrels, weaves stories, songs, and humor as he honors the life and achievements of the legendary minstrel, John Denver. William performs Denver's most celebrated songs such as Take Me Home Country Roads, Sunshine On My Shoulders, Annie's Song, Leavin On A Jet Plane, and many more.

LSUE is just one stop on Florian's four-city tour of Louisiana as he crosses the country performing his tribute to Denver.

The concert is free to the public, and directions to the Health Technology Building can be found online at lsue.edu/map. 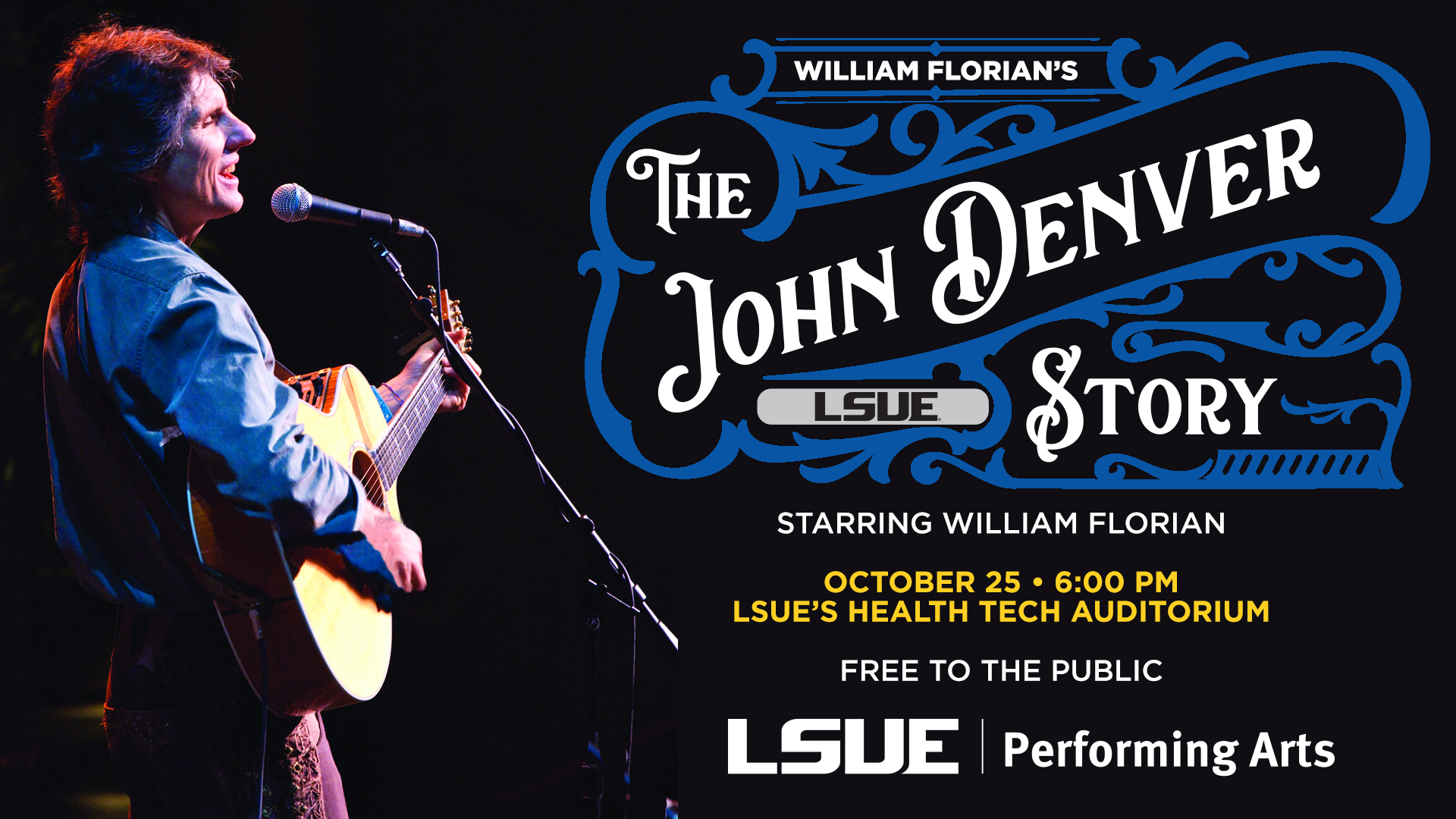